Do you spend or invest your time?

Do you spend or invest your time?

I am a recovering Miser.

In the early years of my life I rarely, if ever, considered the value of my time.  Not only did I spend time looking for ways to save rather than growing my money, but I also did some irrational things in the name of saving money.

And because of this irrational behavior, my kids’ favorite pastime is hearing my wife share stories of my most miserly days (before they were born).

Bringing canned food on a vacation…

Buying my wife a phone case… on clearance for 99 cents… as a Christmas gift… that didn’t even fit her phone. 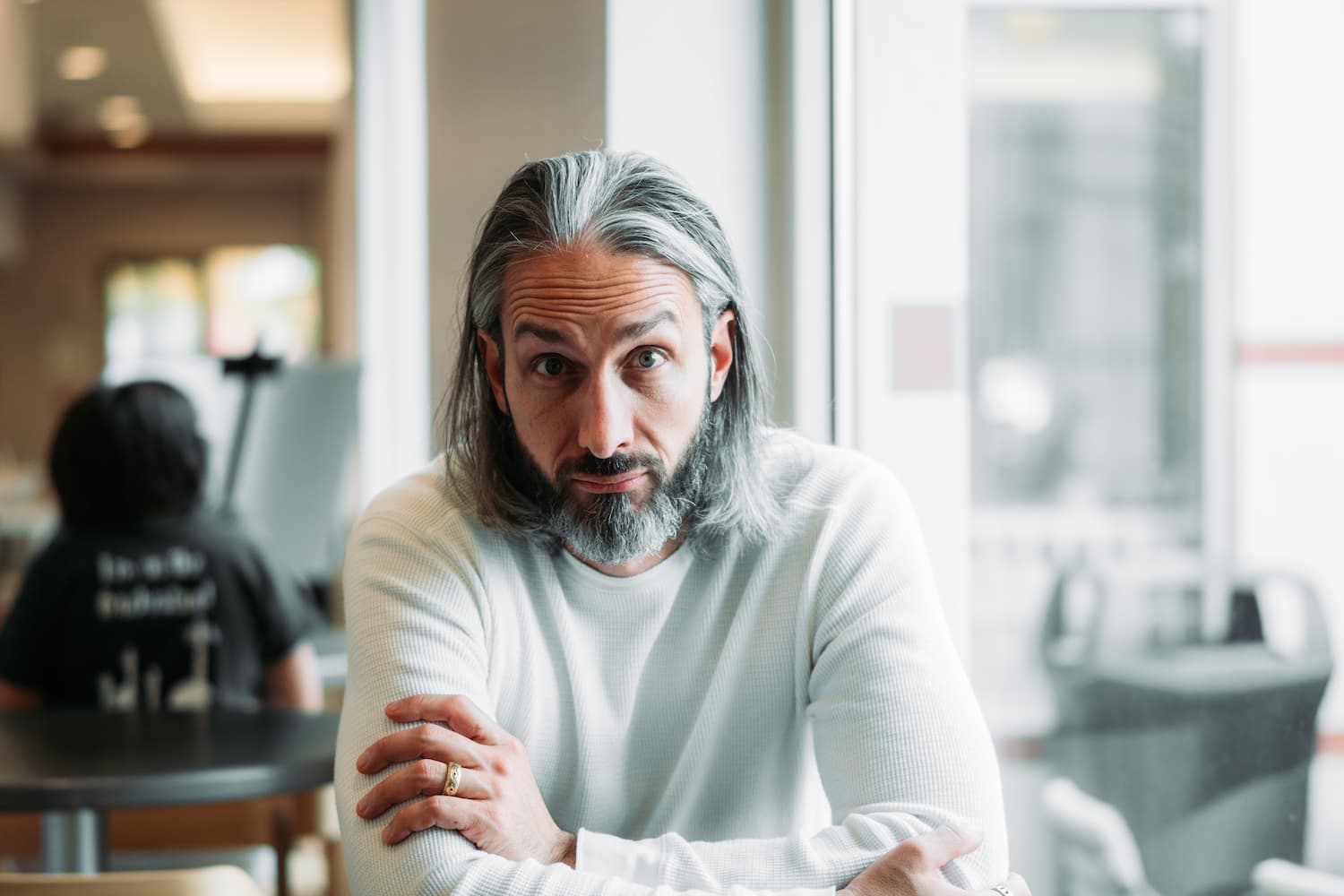 This was a learned behavior.  I grew up surrounded by Misers.

See, my wife didn’t know how much of a Miser I was initially, because, well we dated in college, where nobody really had or spent much money.

But it was our first year of marriage she says was the hardest.

I spent so much of my time budgeting, cutting expenses, limiting our lifestyle, and arguing over our spending.

An interesting choice of words.

Not investing time, but spending it.

Spending time is what happens when we do things we hate in the name of money, or not valuing our time and chase discounts and deals.

Time is also spent when we aren’t present, which robs us of energy and steals the moment.

For much of my life, “spending time saving money” was an obsession.

I consistently focused on what we could go without.

This type of thinking doesn‘t allocate time for creativity or fun.

The focus on saving even limited my expression of love because such a large majority of my attention was towards ways to save money, leading to fighting over the budget (later I wrote the book Budgeting Sucks).

That first year of marriage, I had created a financial prison.

This was a learned behavior.  I grew up surrounded by Misers.

I mean, I get why they adopted this mindset.

Both sides of my family came from hard times and moved to America in search of a better life.  From famine in Ireland or a downtrodden economy in southern Italy, money felt scarce.

But even after moving to the US and their heirs born in the United States accumulating more than my great-grandparents could have ever fathomed, the shackles of scarcity remained.

Scarcity was tribal in my family.

Scarcity was part of our ancestry; passed down through clichés and memes that lived on like ancient petroglyphs and fireside stories.  It reminds me of folklore with Greek mythology.  And in my family’s mythology, money was both the hero and the villain – never to be trusted, but always to be coveted.

If money is the root of all evil, yet we want more of it, what does that say about us?

Confusing and conflicted. The questions became how to provide without having too much.

But who decides how much is too much?

The Miser philosophy of preservation became a way of life, our family culture.

My great-aunt buried cash in tin cans in the cellar.  She even applied for welfare while having half a million in her savings account at the local credit union.  Poverty is a philosophy, a perspective, and became her state of being.

But when people are born into and stuck in scarcity, it is hard to know if there is any alternative.  Scarcity is as invisible as air and can suffocate prosperity.

Scarcity permeated the language of my family and entered far too many conversations…
… kids are starving in (name the third world country),
… who left on this light or didn’t finish this drink (I catch myself doing this at times),
… gas is cheapest at _______,
… don’t let that money burn a hole in your pocket.

A mindset rooted in fear and memorialized in past circumstances and hardship.

But the real evil or villain isn’t money, it is scarcity.

The first four letters of scarcity are scar.

And that is exactly what hard times can do, leave scars.

These scars can override logic and even become the philosophies that determine our path in life. These scars live on in the form of ideas guiding our actions, our arguments, and ultimately consuming our thoughts.

I get it, people that have been through difficult times have scars and often want to protect their loved ones from experiencing similar pain. When my great-grandfather had a hard time making enough money to put food on the table, he left southern Italy for America and wasn’t able to see his family for seven years.

Scars can be reminders of the past and of the pain, but without full perspective or regard to what happens when times change. When behavior remains the same or is irrelevant to the times, preservation becomes an obstacle to prosperity and peace of mind.

In other words, fear overrides logic.

What helped our ancestors survive at one time prevents thriving in the present.

And without detection and a new direction, the trap remains. Money becomes the excuse, it becomes the cheese in the trap.

In scarcity, money is seen as a win-lose, zero-sum game, of struggle or favor- either you are lucky and born into it, or you are in bondage and trade your life for it.

But what is money really?

It’s just a thing we made up.

“This good, product, or service is worth that much of these {dollars}!” And it may be worth more or less, depending on the day, or the country, or how much has been printed… It’s crazy.

Money is a snapshot in time.

A man-made tool of efficiency, invented so we wouldn’t be stuck bartering. “6 pumpkins for a goat?” No?  “I’ll trade you one of my kids for that cow”. Seems fair.

Money is a way to exchange value, as well as to store value.

But when viewed through the lens of scarcity, is to be feared.

What good is money if you don’t utilize it?  I mean, it can act as a security blanket of sorts, but does it provide true security?

The Miser seeks security, but remains in scarcity, ending up trapped because nobody shrinks their way to wealth. The way to wealth has much more to do with “production” than “reduction”.

And beyond production, wealth is a byproduct of a life well lived.

A life of expression, connection, and fulfillment.

Early in my marriage, I thought being a Miser was the best way to protect my family, but what was the consequence? Preventing quality of life.

There are, however, pieces of the Miser that can be valuable in context.

I mean, what can we learn from the Miser?

What aspects of their perspective can be of value?

Having savings or what I would call a “peace of mind fund” is great, even critical. Some people call this an emergency fund and I get it, but it has so much more value than just providing in case of emergency.  It can support a more abundant mindset knowing you have money to handle surprises yes, but also to give you options if you are in a career you don’t enjoy, or you simply want to take some time off and have a break.

The question becomes, when is enough enough?

When money becomes a by-product of value, service, and solving problems.

Being mindful with money, but not ruled or constrained by it.

When a mindset of cutting out, reducing, eliminating, and obsessing over how to save rules, we end up spending our time.

How much time does it take to save money by coordinating when something goes on sale and being subject to corporate timing or agenda?

Consider what an activity is worth and what your time is worth before putting forth the effort to do things yourself, rather than delegating or hiring someone so you can do what you do best.

With each new project, each moment you take to find the best deal, and trading your time in exchange for money, the moment is lost.

Is it worth it?

What is your peace of mind or being present worth?

When I look back to my days as a Miser, so much of my enjoyment was robbed by doing everything on my own to save money.

Activities that might be worth pennies at the expense of dollars – knowing the price of everything but the value of nothing, especially not my value.

I knew where to buy stuff where I paid the least, or often, tried to go without.

How much time is spent trying to save a buck?  And at what real expense?

Yet, time can be invested.

Building a skillset and/or a relationship.

Finding leisure as a worthwhile cause.

Time for yourself, for your family, and your friends.

People that want your money say it takes money to make money.

It’s your time, invest it wisely.

About the author : Garrett Gunderson

My commitment is to radically change the way you look at money so you can keep more of what you make and build a life you love.